A few weeks ago Mr. Bruce said he was to bring snacks to the next CoxHealth Auxiliary board meeting. "What kind of snacks?", I innocently asked. I thought that was a fair question, after all snacks come in many varieties...sweet, salty, healthy, and my favorite form CHOCOLATE.

He said, "I don't know, all I was told was that I was suppose to bring snacks for 30 people"
Over the next few days, deep discussions were had on the matter. I consulted my friends in emails and Twitter; this was a matter of great importance and all options had to be considered. 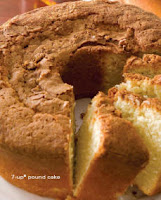 One day while reading Jeanne Robertson's Facebook page the perfect answer came to me. Jeanne's famous 7-up pound cake. Mr. Bruce loved the idea, he even thought of showing the "Don't Send a Man to the Grocery Store" video. (on the right of this post)
It didn't matter that neither of us had ever made one or that we didn't even baked much for that matter. He hunted through the cabinets and miraculously found an old bundt pan. I copied her recipe and Mr. Bruce made his grocery list. We decided we had better do a test cake first.
Bruce measured the ingredients and I manned the mixer. It was a scene straight out of a I Love Lucy show. Bowls of flour and sugar, 5 eggs broken into a bowl, and measuring spoons ready for the vanilla. We both read the directions line by line. Shortly the batter was in the avocado green vintage bundt cake pan and placed in the 300° oven to bake 1 hour.
At the one hour mark the cake was not done, so we baked it some more. Finally, the knife showed a perfectly baked cake. The directions said let it stand for 30 minutes, then flipped it onto plate. The recipe directions said be sure not to let it sit any longer or it won't come out. Mr. Bruce set the timer.
At the exact minute, Mr. Bruce flipped the cake. Except it didn't come out onto the plate. He ran a knife along the edge of the cake and then flipped it again. This time it came out; it came out in 3 or 4 big hunks and a few small ones. Mr. Bruce tried putting it back together like a sweet, lemon favored jigsaw puzzle. The cake tasted delicious but it didn't look so good.
I thought the whole thing funny, I laughed until I cried. I mentioned this "big cake adventure" on Facebook. Jeanne immediately commented and explained the recipes calls for Baker's Joy. We had used Pam, and since we are not bakers thought they were the same type of product.

Obviously he couldn't take a 7-up pound cake. After more discussion and emails to friends, he decided on cheese, crackers, and grapes. This meant more grocery shopping and "Heavens to Betsy" more decisions. Our favorite grocery store has a huge department of fancy foods; the choices were overwhelming. Finally I stopped asking him if he thought something was OK and filled the basket with a nice assortment of cheeses and crackers. We got some white seedless grapes for a bit of sweets.
Sunday night we assembled the whole thing to be ready for today's meeting. And thanked the Good Lord we don't work as caterers.
Posted by MissDazey at Monday, February 20, 2012